I started reading Stephen King stories in elementary school, starting with the newly published paperback edition of “The Shining” after my mother was through reading it. I’d heard it was scary, and I liked scary. I saw the movie in the theater when I was ten.  I was enrapt.

And since that time, as Stephen King books came out, little bits of the stories have mirrored aspects of my life. One reason I love Stephen King’s writing is how he writes characters and dialogue; even his minor characters are complex and familiar. But the similarities I notice are always story elements that seemed to coincide with something in my life at the time.

Some are subtle at best: “The Library Policemen” haunting me as I navigated the stacks in college, or feeling a sense of déjà vu for the wild areas in “The Tommyknockers” and “It.” Others feel like uncanny Easter eggs.

Reading “The Talisman” as a teen when I was on a road trip with my relatives.

Having a terrible stomach flu while reading “Dreamcatcher.”

Meeting my future sister-in-law (who has the same name, phonetically) while reading “Lisey’s Story,”

Reading “Duma Key” as my future mother-in-law (and her caregivers) dealt with the devastating changes of Alzheimer’s Disease.

“Duma Key” is one of my favorite Stephen King novels. It’s rarely mentioned when his name is invoked. Perhaps people overlook it because it’s set briefly in Minnesota and mostly in Florida, and not in the weirder parts of Maine (though there are connections, oh yes – all things serve the beam in the Stephen King Universe, nearly).

I’ve lived in both states, and I know the west coast of Florida where Edgar Freemantle buys a giant pink house, suspended over the waves, with shells clack-clack-clacking beneath it.  The place is unnerving and compelling. It’s a place I want  to visit desperately when I read about it. I want to spend my time creating in that windowed loft looking over the changing Gulf of Mexico. And I’ve seen paintings like what Edgar Freemantle creates, with such precise details and light that you feel like you could fall through the canvas.

And Elizabeth Eastlake resonates with me, with her moods shifting like the Gulf waters, and her fear and anger as her mind slips. I read the story while seeing my future mother-in-law struggle through the same storms. Some of these moments of recognition in Stephen King’s stories are uncomfortable or sad. But the way he writes about his characters’ struggles, their desperation and redemption, is why I connect so deeply to his stories.

That, and the haunting settings that lie just past the characters, driving them mad or lulling them until they are vulnerable. The clacking is silent when the tide is out, but crunches under Edgar’s feet when he ventures out, like bones hitting each other. Which they are, you know: little exoskeletons of dead things underfoot.

I start each Stephen King book wondering what will show up in it.  I’ve wondered if I’ll see some semblance of the Dark Tower in my life someday, some real life element that mirrors Stephen King’s epic tale, rather than the other way around. If so, I hope there are roses.

Mother: Tales of Love and Terror 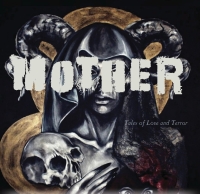 A Quaint and Curious Volume of Gothic Tales

IN SOMNIO: A Collection of Modern Gothic Horror